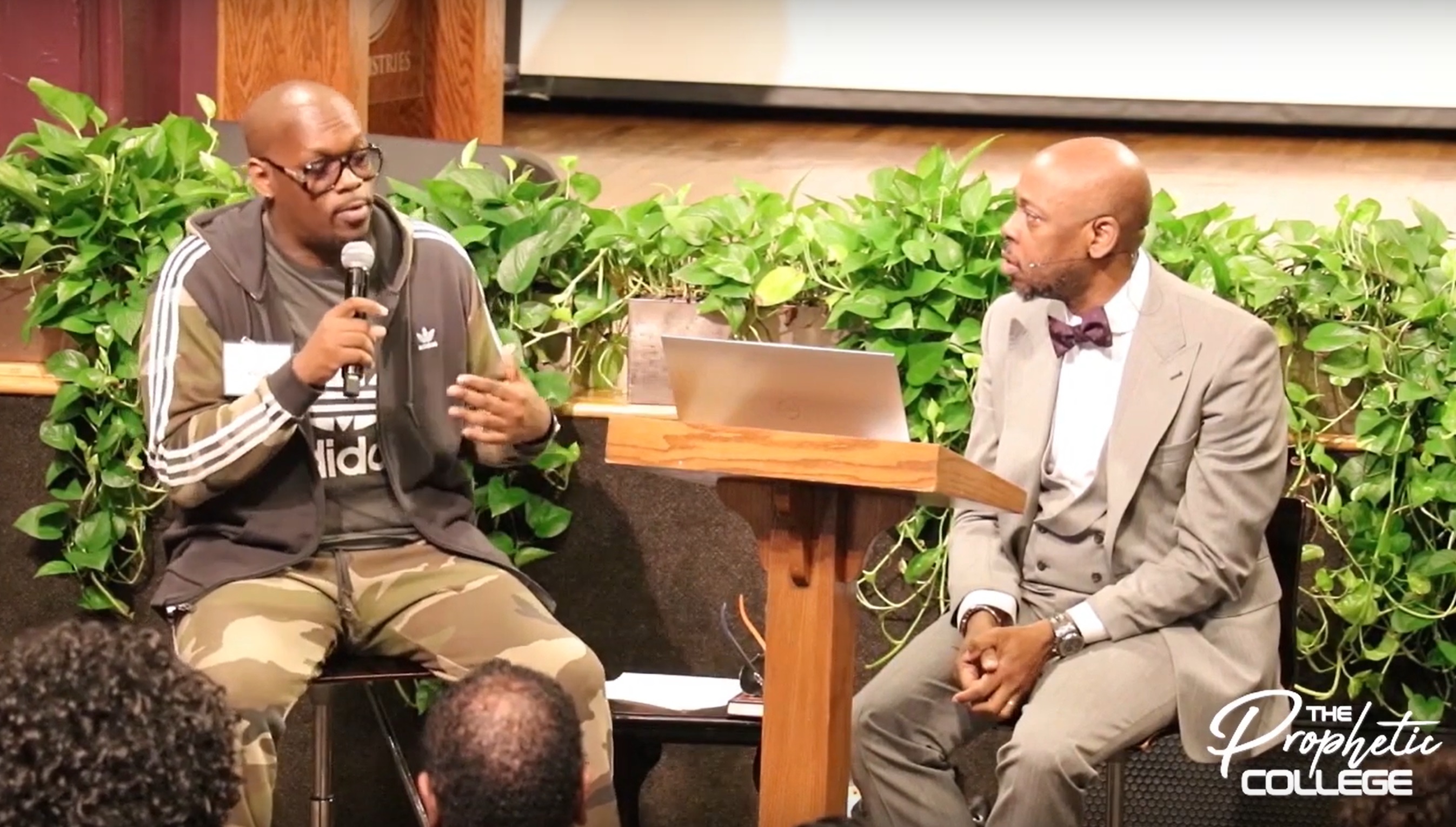 According to him, it means that apart from dealing with the white privilege we also have to put our focus on black privilege. We put our support behind mega-church institution and we somewhat forget to hold them into account when it comes to bringing freedom and progression into our community. He also notes that the black privilege is the tie that God has given to the race to support the ones below the “scratch line”.

Prophet Joshua Jordan, the firstborn son of Archbishop E. Bernard Jordan also shares about the sermon of Dr. Proctor regarding how it is the responsibility of the ones with privilege in the black community to begin to move and support the ones below “the scratch line” to improve their status of living. It is the duty of those who are in a comfortable state in life to uplift the oppressed in the community. However, even the ten percent that is above the scratch line sometimes forget their responsibility to lend a hand to their fellow brothers and sisters.

Later in the discussion, they also tackled about the racism that occurs inside the church and how preachers as part of the race will stay silent about the issues of their community. He then mentions “If you are worshipping a Jesus that does not look like you, you are praying to God as an object and that is a being that understands who you are.”

Black privilege is a powerful tool to encourage growth or retrogression into the black space, although sometimes people in the community tend to overlook the problem or chooses to remain silent on the issues at hand.

Black privilege requires power and entitlement to manipulate space, despite the degree within the black community. Black privilege can also be used within the white territory to encourage growth or retrogression to the black space. This is a powerful phenomenon that can benefit the community in a bad or good way. We should not look at black privilege as entirely dangerous, we can use manipulation of power to uplift and help our brothers and sisters. By doing this, we can influence and encourage the progression of the black race as a whole.

The silver lining to this tragic narrative is to follow the word of God, spread the wisdom, power, and knowledge to help people in our community, especially the underprivileged and oppressed for a better world.